Did you ever do a science experiment as a kid where you played music for your plants to see if it helps them grow faster? Does a pea plant prefer to listen to classical music over rock and roll, or do plants experience sound waves as stimuli in a way that we, as humans, are not yet able to comprehend? I remember loving this science experiment as a child, and was recently reminded of it when I listened to an episode of the podcast, Radiolab.

In the podcast episode Smarty Plants, the hosts talk about whether or not you need a brain to sense the world around you; they shared a few different anecdotes, but the one I found most interesting was the interview with evolutionary ecologist, Monica Gagliano. She talked about some of her work studying how plants may be able to learn by association. After listening to the podcast, I looked into her research and read some of her findings. It’s a little more complicated than the elementary school experiment where you played Beyonce to your seeds, but super fascinating! 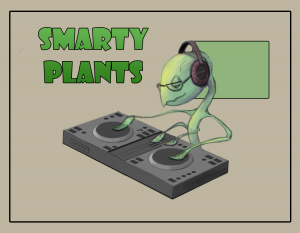 Basically Gagliano found that plants have the ability to acquire learned associations. Plants possess phototropism; this is when they respond to a light stimulus. In Gagliano’s experiment, she observed a pattern where the plants’ learned behavior prevailed over their innate phototropism. The experiment is sort of like the classic Pavlov’s dog experiment, but with plants. In Pavlov’s dog experiment, the dog was trained to associate a biologically potent stimulus (food) with a neutral stimulus (bell), so that eventually after ringing a bell every time the dog receives food, the dog would salivate (predict food) upon hearing a bell. In Gagliano’s experiment, she trained garden peas to associate a fan (neutral stimulus) with light (their source of food).

While there are lots of examples of these types of learning associations in animals, including humans, to help us survive, it looks like plants might use them, too! If you are interested in this, I recommend reading the whole article here, along with Gagliano’s other publications.