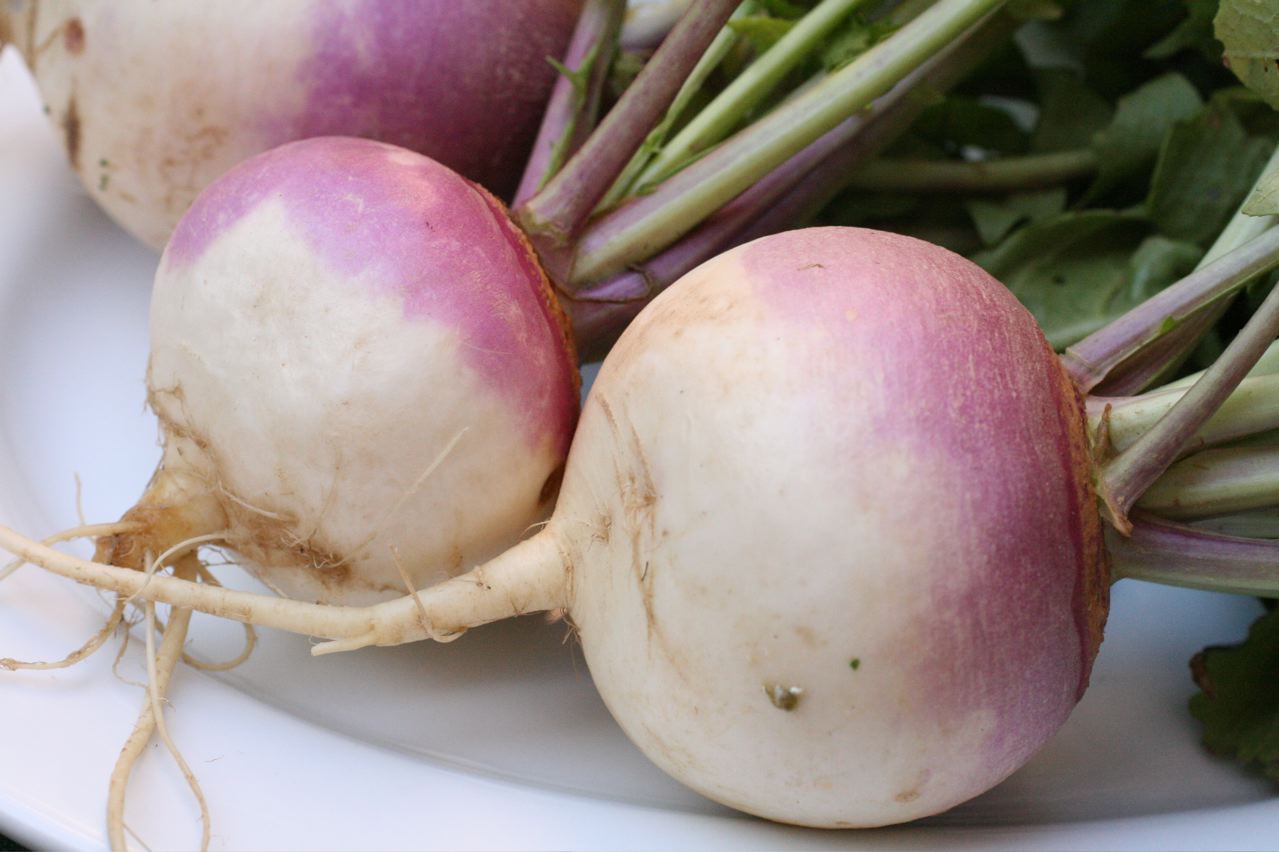 Turnips and rutabagas were carved out and turned into lanterns as part of the original Halloween festivals in Ireland and Scotland. Their use as lanterns stems from Celtic traditions where turnips were carved as part of the Samhain festival. The turnips were hollowed out, carved with faces, and placed in the windows of homes to ward off harmful spirits. Later on, in Europe, they became the object of choice to throw at someone as an insult and a symbol of rejection when presented to a suitor by an English maiden. In France, referring to a play or movie as “un navet” (un navet is French for a turnip) means that you find it terrible and consider it a “flop.”

In central Illinois, and the rest of the world with a similar climate, turnips are planted in early spring for harvest in late spring and again in the late summer for a second harvest in the fall. Turnips become woody and bad tasting when grown in hot climates. Turnips are the freshest when you find them with their greens still attached. This means that they were harvested recently and are in season. The greens will be removed for long-term storage so keep that in mind when shopping for them. Plus, the greens are not something you want to pass up, so if you have the chance to get them with the greens still attached, don’t pass it up.

Turnips are pretty resilient, so a little damage to the root is nothing to worry about and can be cut out. If you’re using both the greens and the root, make sure to get turnips with healthy greens. Try to avoid mushy or yellowed greens when you can. Also, check for major soft spots on the root and if there are any, cut those out before storing at home. Remove the greens and store turnips (unwashed) in a plastic bag in the refrigerator for 1-2 weeks. Turnip greens should be wrapped in a damp paper towel or placed in a plastic bag in the crisper/hydrator drawer of your refrigerator. Use the greens as soon as possible, though if recently harvested you might be able to get them to last a week. For longer-term storage, turnips (with the greens removed) can be packed in moist sand and kept in a cool (but not freezing) location, like a root cellar.

First things first, remove the greens from the root of the turnip. Now you may proceed. Many times you will find turnips at the farmers market or grocery store gleaming white and purple, not a spec of dirt on them. But, should you find turnips that are still a bit dirty, take a stiff-bristled vegetable brush or use the rough-side of a sponge and clean the turnip. You do not need to peel turnips, just remove any damaged areas before cooking and remove the very top of the crown where the greens were attached and cut off the “tail” of the root. Rinse the greens under cold water or submerge them in a sink filled with cold water. Shake them and lay them on paper towels or a dish towel to dry, or use very handy but often forgotten salad spinner.

Turnip greens can be used in many of the same ways you would prepare raab, spinach, or some various other greens. In fact, they can often time be substituted for one another in recipes, just be aware of the different flavors each one has when making a switch in a recipe. The greens are great in salad mixes, added to stir-fry, added to soups, sautéd with a little olive oil, braised with root vegetables, or even lightly grilled. There really are a wealth of options when it comes to using the greens, so look up some recipes, play around with them, and be a little adventurous while the greens are still in season.

Now the actual turnip was what we were more interested in. It turns out that turnips are even more versatile than their greens and can be prepared in many of the same ways as potatoes.

Raw: You can slice raw turnips or cut the slices into sticks (often referred to a “matchsticking”) and add them to a veggie platter to accompany a spring herb dip. You can slice, grate, or matchstick them for salads, slaws, stir-fry, or tacos.

Boiling: Cut turnips into ½- to 1-inch-thick slices or cubes and place in a pot of boiling water (preferably salted) for 8-10 minutes. If you’re boiling whole turnips adjust the time accordingly. Small whole turnips will take approximately 15-20 minutes. Dump the pot of water through a colander to drain the turnips once they are cooked, they should be fork tender. Once boiled, the turnips can be mashed, scalloped, or pureed.

Steaming: Cut turnips into ½- to 1-inch-thick slices or cubes and place in a pot with a steamer basket or rack above an inch of boiling water. Steam for approximately 12-15 minutes, or until they are fork tender. You can also steam whole turnips, just adjust the time accordingly. Small whole turnips will take about 20-25 minutes.

Roasting: Cut turnips into cubes, the size is up to you. Some people like large cubes of root vegetables, others like smaller cubes. Toss them in olive oil and some herbs, spread them out on a baking sheet in a single layer, and roast them at 425°F for 20 minutes. Check them after 15 minutes and stir them up as needed. Once they are golden brown and fork tender they are done. You can roast turnips alone, mix them with other root vegetables (carrots, parsnips, potatoes) and roast them, or roast them alongside meat.

12 Turnip Recipes for Main and Side Dishes 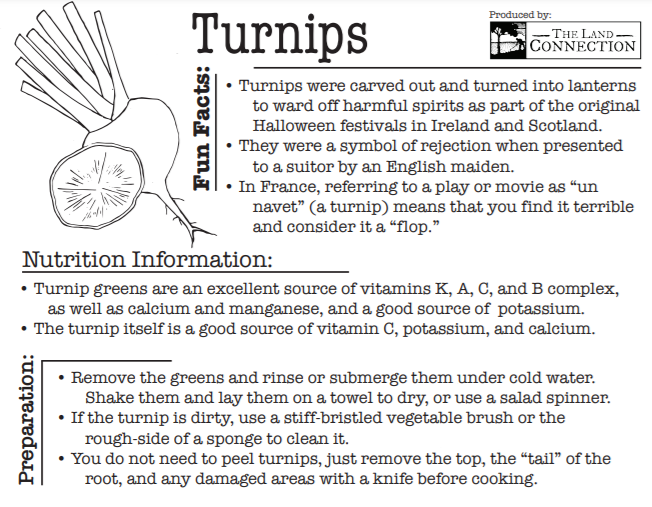